I wish MTV cribs was like this sometimes, at least to the extent that I give a fuck what MTV cribs is like. Check it out for a real in-depth look into where your Ebay orders are processed.

Nice performance of "Don't Start No Shit" at the end of pt. 2. 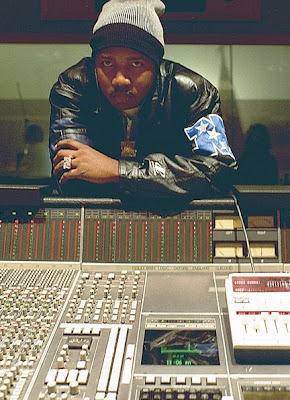 I'm sure I downloaded something called KLC's "The Drum Major" from some kind of message board in 2005, gave it an insufficient listen, burnt it to CD-R and promptly lost it. But was this reality? A dream? Did I have this? Do I have this? Do you have this? KLs record was permanently stalled on No Limit and then, I believe, NL was still the holding-up force the second go round. I don't really understand how P had a Kreuger-like glove hold on KLs career at that point, but whatever. Why did this happen 2 times in a row? As far as I understand it, the closest thing around to his record is the Live from the Infirmary mixtape.

Anyways, it was this kind of circular headache that lead me to compiling a quick and untouched compilation of post-tank KLC productions. You probably know a lot if not all of these tracks but hearing them consecutively really gives you a different sense of his production style. This really would be a lot more effective if made up of instrumentals but I don't have that kind of back door access. I'm not posting a tracklist for safety purposes but a click to his wikipedia will give you a hint at what might be on here. Making this reminded me that there really is no part of BG's discography that deserves a quick overlooking.

BTW, now is the time to reach back and grab anything MP3s posted in this blog that you don't have and need because in light of recent foreign legislation and a resulting shift in policies I'll be canceling my rapidshare premium account in less than a month.

Posted by kid slizzard at 9:35 AM 9 comments 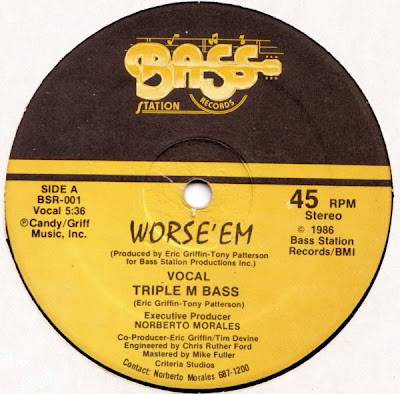 Looks like I'll be blogging a lot this week: turns out I have swine flu and can't go to work till Sunday. I may post more violently or abnormally - Tamiflu side effects.

I read that this was a Luke Diss record. Seems more like, despite the scratched "hard as hell", a lite Ghetto Style DJs diss of the we-did-it-first variety.

Unknown T&G commenters should upload Billy Hands "Doin It, Doin It" & GyGi's "Tell Me Baby". We'll put your face on the cover. 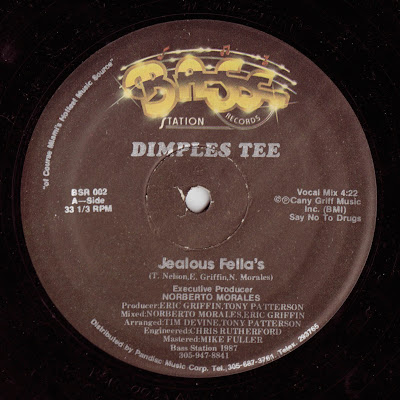 The process and conclusion of the Louisiana Rap heist fakeout left me feeling like rap-blogging was the most inconsequential bullshit and a complete waste of my time. Meanwhile, Tommy Wright's computer broke down, stalling my Ebay packages and adding to the anhedonia.

But Tommy, back on his ten toes, more than made it up and I decided that as long as I'm getting more hits on this site than on the videos I make for my music, I've got more work to do here.

So, today I'm posting the first couple of Bass Station releases, cause those are the only two I have, though I might throw in Dynamix II's "Give the DJ a Break", though my copy is a later pressing on a different label.

Posted by kid slizzard at 9:31 AM 0 comments

Til The Trumpets Blow!

Its been brought to my attention that Blogger has shut down the Louisiana Rap Blog. I know that there are people on both sides of this debate but the debate itself does not interest me. Data, like people, has a drive to reproduce, its what its best at and on account of that it Can't Be Stopped. We could outlaw giving birth and see similar results.

It's a little unusual that LR got shut down in my mind because the releases it shared were small ones and those MP3s were the only likely way for that music to be distributed throughout most of the world. Many releases were OOP and even the ones that are not are certainly not stocked in stores and for the most part are not available elsewhere online except on Ebay (excepting Tommy Wright who btw is not responding to my "re:Ebay item..." emails, which is concerning) where a purchase is not likely to benefit the artist or label, entities which, believe it or not, fans like us respect.

On the other hand it is not weird, because all it takes is a single complaint to shut down a blog. It doesn't take a trial, or an investigation or even a conversation. That's a pretty powerful form of censorship and the only tool at your disposal as a blogger on Blogger.com is the ability to request a review. I really do want to encourage 7th Ward to pursue a review, even if restoration is unlikely. If you used and appreciated his site I would encourage you to email him with a few words of support @ louisianarap@hotmail.com. The reason I say this is that few people bother making the effort to do a blog like that, even if it is a terse and slow one and the discouragement of getting shut down not only prevents them from starting over but also keeps others from taking on the task.

Still, please realize that for now, the site STILL exists in Google's cache. So, right now you can still visit the site and download all active links. Right now I am even compiling a google document of all the active links in case this disappears from the cache and will gladly share it in that event. To get to the site simply google "lousiana rap blog" and click on the "cached" hyperlink. What we will do, as a community of Bounce Rap fanatics, is use google's various services to thwart google's various transgressions.

As far as T&G goes: we will not be shutdown. There is a plan of action in the event of an emergency, so don't sweat it.

ALSO: a word to artists - I don't know any blogger who will not respect a request to remove a link. If you register a complaint directly with us we can resolve any disagreement in a manner that doesn't destroy a body of work and disservice the world wide fans of your music. 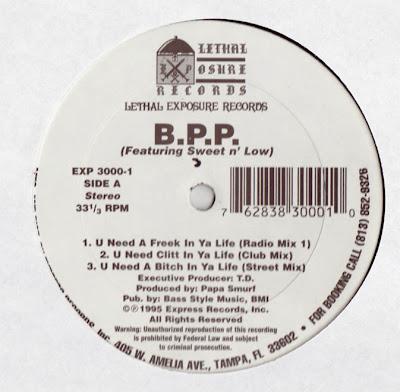 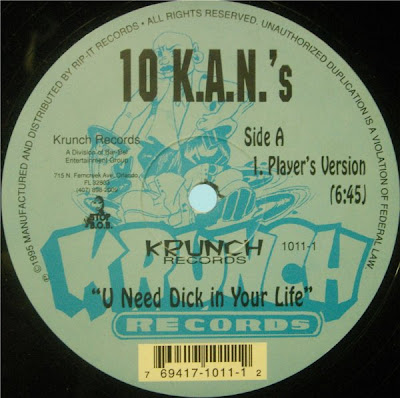 I know I've been slow to post lately & always, but I have this sense that in the near future "slow blog" is going to be a a sought-after designation. So what I've been is actually prescient, not slack.

Today's post documents Triggaman's Florida arrival. I find it impossible to believe that these might truly be the first Drag Rap samples in the state, but in a field with no contesting scholars you can make any claim you like, and the claim that T&G likes the most is the claim that we have the first of something and we're the first to bring that first to you.

Not that I can tell you which "first" came first. Or what these acronyms stand for. I'm painting 10 K.A.N.'s the OG & "Clitt" the song's answer, not because I prefer a world ruled by men, but because I appreciate the parallelism in a "bitches reply" sampling "(Bitches Reply)".

Either way, a great lesson in genre fluidity. Your ears will likely find a bass song (well, a pair of them), but one constructed purely from bounce wood & nails. It still has the hook verse hook form that bounce rap subverted.