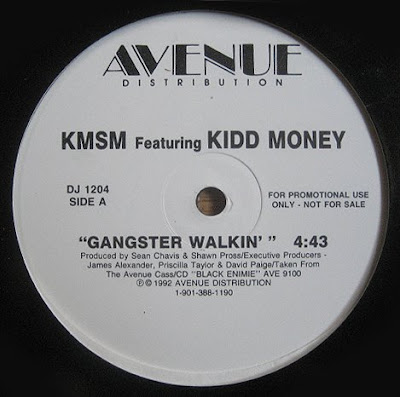 Hope to soon present a Gangster Walk mix starting with Underground Mafia's version and moving through Memphis Get Buck bangers to NOLA Buck Jump jams (as well as their color gang roots). In the meantime, this isolated offering by a moniker-jumbled early incarnation of producer SMK (of golden era Indo G & Lil Blunt production fame).

Like FM's Porkchop, Gangster Walking is the strong point of an otherwise unfocused full-length, Black Enimie.

Posted by kid slizzard at 9:30 AM 1 comments 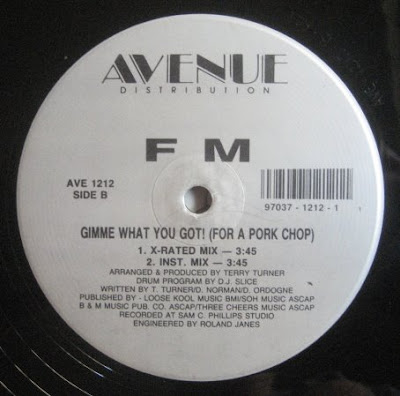 Today's post to fill-in cracks in the "Where They At" response ripples. This one's for the DJ Jimi "original" (misnomer), not TT Tucker though, and is part of an Avenue distro triple post.
If it seems strange this bounce remake hails from Memphis Tenn, just remind yourself that New Orleans and Memphis are Phil D. Triggerman's adoptive parents and this just a rap custody battle.
That the rest of Freakmaster's Mac of the round Table is weak by comparison suggests he buckled under the timeless industry pressure to make less good music some time between the release of this 12" and his full-length. Or, maybe it's Freak's style to cop styles - elsewhere he lays out the Making Easy Money Pimpin Hoez In Style acronym over Bill Withers' Use Me Up (a la UGK) and there's a track that sounds something like a weaker version of an early Ball & G joint.

I've been hearing D-Lo's "No Hoe" a lot on KMEL recently. I posted that track in the Blapp Blapp mix from back in June. Its nuts already but the clean edit comes out truly fucked up. His myspace begs viewers to call and request that shit. Consider it, 800.955.KMEL.

I've heard a few other D-Lo solo joints and a couple of HBR (Hyfee Block Records) click jams (note: D-lo is no longer HBR affiliated) and now I'm fiending equally to hear new shit and to score hard wax copies of those tracks already heard. A forthcoming remix with Keak and others suggests a vinyl release of "No Hoe" soon. Great bayed out, relaxed Ying-Yang style and you can find an additional mini-interview here. I think he's been locked up and is about to bust out - there's a myspace flyer for a Welcome Home D-Lo Function (10/20). I hope that means blunt nights at the studio and some tangible releases in the near future. 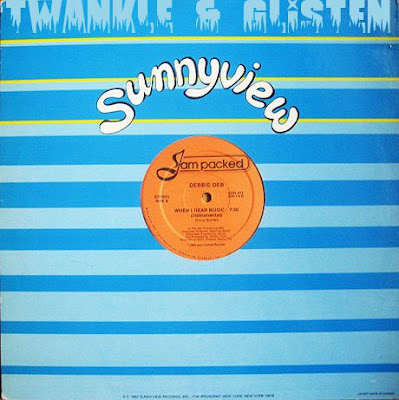 Freestyle classic sampled in many Magic Mike songs, other Bass & Rollerskate cuts and more recently Pitbull's "Fuego". The best song you're likely to hear coming out the radio while getting your teeth cleaned (2nd place: Jacksons' Shake Your Body). 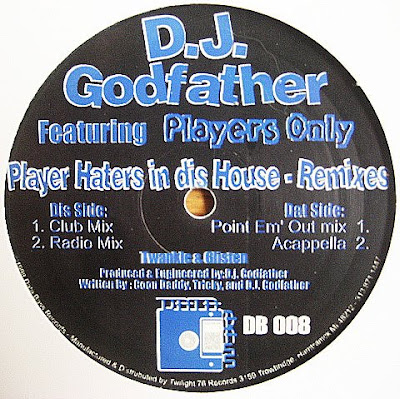 If I remember correctly, this is the first Detroit based post on these pages and thanks to Coon Daddy's raps its a good record for those rap fanatics still scared off by the house rhythms and repetitions of Ghettotech, Ghetto House and Club musics of Detroit, Chicago & Baltimore.

The remix turned me off at first but over years its really grown on me and what I said about the Silky Acapella probably stands even more true for this slab.

Check out the classic floppy logo, too. Still, its outdone by their future digital tit and ass geodesics. I first discovered this record on a mislabeled ebay auction that offered a audio snippet actually taken from an early 90s Kalifornia Noise 12 inch. It was a pretty lo-fi 4track effort that didn't immediately signal some anachronism (though, admittedly, an anatopistic 415 reference) and for the earliest rap out of New Orleans sounded mindblowingly ahead of its time. It was based around the same Ike's Mood piano sample that was superglued to Mannie Fresh's scratching fingers during Cash Money's coming up period and it suggested the kind of hidden & impossibly linear regional development that made my paypal nerve centers itch with temptation.

Needless to say, this is not that record - but it is the oldest rap record out of N.O. to land on this blog, and as far as I can tell, the searchable internet. 16 minutes of the kind of extended party boogie I would have expected given the known context of this LP - if not led elsewhere by a divshare misclick. And I like the fucking piano that pours through in the final minutes. 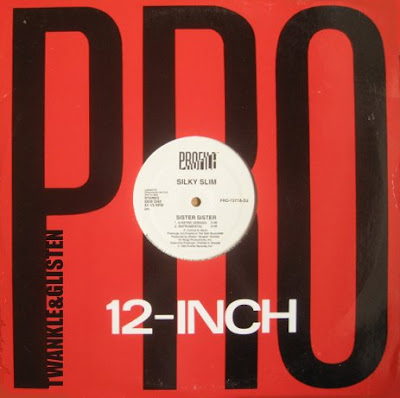 From its inception T&G has suffered the financial setbacks of relocation, unemployment and other bullshit, but now we're climbing out this hole on a rope ladder made of hospital OT and lined with spare change from the back-on-the-wagon piggy bank. New M44-7 in pocket, hi-fi vinyl rips should be spilling on the T&G dinner table like Bass Tapes were back in March before I discovered how (almost disturbingly) prolific Drop Da Bass had become. I imagine that blog as some pac-man like digital monster that survives on files with "bass" in the title.

Starting off: Silky Slim's (not to be confused with the male rapper of the same name) "Where They At?" response record - context provided by TT Tucker. I'm not sure how many of you are DJs or track-makers, but I can imagine this Acapella put to good use by the right hands.

If anyone can remind me where the circus toy sounding slide melody comes from...

The real deal for all yall geek smokers:

I like the exaggerated triplet drum fills - it makes up for the weird feel of any rap song that swings and the video's colorized format is an apt translation of what much good rap feels like - limited colorful patches pasted into hard-edged landscapes.

A classic NO youtube post (because its easy) - pile of ripped vinyl coming soon (including the oldest NOLA rap 12" to grace this blog as of yet). Stay tuned and let's cross our respective fingers in hopes that youtube poster 1825TulaneAve will keep up the bounce audio vids - the sound quality is pretty good for streaming video and they might just post something I haven't heard before.

Feat. Above:
MC Thick "What the Fellas They Be Yellin"
DJ Duck & MC Shorty "Where My Old Lady At"
PNC & Jubilee "NO Block Party" 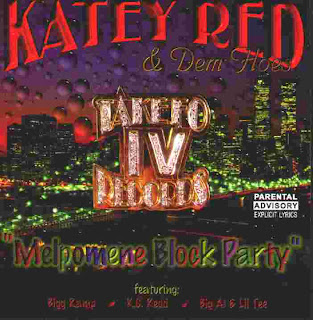 Here are the relevant audio links from the previous homo posting. We're just 4 months shy of having a black president, so I'd like to think we aren't too far off from you bloggees being able to accept a rapping fag. Fairly extensive / researched Sissy article here as well - I was glad to learn that Gotty Boi Chris came up as one of Big Freedia's back-up singers and she has a great quote too: "My mama's heard me say 'dickeater' so much she doesn't even care". Surprised to see a rap artist with a song called "Poo Shooter" nervous about gay-rap's affect on his children, though.

Don't have a copy of Y2Katey or the Battle of the Sissys disc - an upload or active eBay auction link from any holder or seller would be greatly appreciated.