Bring Your "A" Game, Spread the News

...Romeo is back. Have yall heard this? I haven't heard this. Recent or recent enough solo track from G-Style's Romeo. Its confusing enough that G-Style's only or just only known release was a single called Romeo. Anyways, this video's been up for a couple of years and it definitely does not have a couple years worth of views. The track's guitar-heavy production is a somewhat of a turn-off for me but this guy is credited for bringing the gangsta-walk to Memphis so its interesting to seem him take it all in, bring it all back. Still, slack cut for being involved in the best classic gangsta walking footage around.

The Beat Goes On 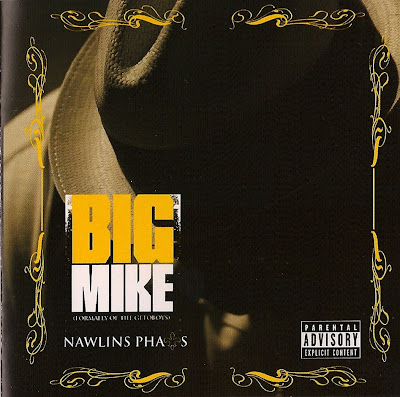 Today I left my parents Grand Rapids, Michigan home to check The Beat Goes On, a record store in the middle of a (seemingly indefinite) going-out-of-business sale. I had first gone there four or five years ago on a blunt-fueled search for rap music in the city with DJ Prettyboi and was surprised to find discs like Al Kapone's Memphis Drama Vol 2 and Gangsta Pat albums from the early aughts. Most of it was too expensive to buy though (16.99+) so we walked out with some questionable no-name mixes with cracked cases. We were hunting for vinyl anyways, and they didn't have much to offer. Still, ripping off their Three 6 Mafia 12 x 12 promo posters was the closest we came to success outside of the smoke-filled car.

This year, I knew the store was going to offer me my only opportunity to cop some Twankle worthy bounty for yall. And the idea of irreversibility, of being located presently in a past one cannot return to, was enough for me to disobey the Buy No Records maxim imposed on this blog author ever since I decided to quit my job last summer.

Anyways, I got there. I leafed through the racks. My fingers felt the feeling of leafing, the memory of leafing, my eyes tightened to spy the diamonds in so much crap. For a while I lapsed into an obsessive state that lack of funds had temporarily shut down. Whenever I found something half-decent or even most-likely-less-than-half-decent-but-still-curiosity-sparking (like post tank Mr. Sev-on), I ran a cost-benefit analysis, applying the 25% of New, 40% of Used sale rules to the inflated tag price and weighing that against the value of listening twice, uploading, alphabetizing, storing, moving, case-breaking, case-replacing. Jewel cases crunch like the shells of cicadas. At least in the apartments I live in.

Meanwhile, some guy, as tall and white and lanky as I am, stood behind a camera and gave the store owner tips about how to perform in some in-progress video interview. "We're just talking, the camera isn't on". I couldn't tell if they were filming a public access commercial or this kid's undergraduate media studies homework. They spoke about the internet in a hilarious and alienated way that reminded me of my parents' facebook statuses and the smiley faces my dad inappropriately punctuates emails with. They talked about how vinyl has some value, some irreplaceability that "an itunes" doesn't. And this place, unlike the internet, has vinyl. Its in boxes on the floor and I already know better than to look there.

"What do you think has hurt you worse, the iTunes or the stealing, the Nero, the filesharing?"

Meanwhile, I'm trying to figure out what is the most filesharable. My fingers have sifted through many good discs that I don't have, the Triple 6 Vol. 2 reissue, On the Outside Looking In, Chopper City. Stuff I have but don't have, stuff I know inside out. Laughing because I'm looking to buy something from this gentleman, but only so I can give it away. Sighing because if the right deal presented itself I would take loads off this guy. I would gut him, clean him out. There are things these sifting fingers can't resist. These Wicked Streets for 3 dollars. Buy 10 get 10 free. But the shift from 18 dollars to 13 doesn't do it. Should I tell him?

There are two other people in the store. One man is like a pint-sized bouncer. His red eyes meet mine every time I look towards him. I suspect he is like the Best Buy greeter. Maybe he's just one more of Michigan's long-term unemployed, looking for the feeling of work even without its traditional reward. The other is a woman, 30s, crutches. She keeps blocking the aisle.

There are stacks of CDs on top of the CDs. They all start falling down. The owner comes over and gives them a hard tap. "They were fine before people started mixing them up," he says. I'm not sure what he means, I can't dig without shifting them around. I continue to mix up his CDs.

I'm looking through 20 dollar DVDs. Luke video compilations, extended C-Murder advertisements, Adventures in Hollyhood. I want to absorb all the crap, find the crap's diamonds and share them with people lazier or less obsessed than myself. But the hunt is hopeless. I can't use more cracking shells and I wonder if this place ever moved good used records even before there was such a thing as an Ebay vulture.

I bought this excellent Big Mike record for the small advance in fidelity and another no-name mix with a cracked case, Best of DJ Melo-Mix Part 2. As I walked up to the counter the owner was answering another question.

Time to make plans, I thought. 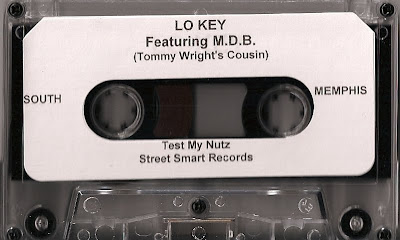 Is this Lo Key or 2 Lo Key? And if its the former (and I think it is) then how accurate are my track names, pulled from a site that used the latter? Questions from the fog. The title track of this cassette made its debut on this blog here, where I (mis?)attributed it to Lil Noid.

Posted by kid slizzard at 7:02 AM 5 comments 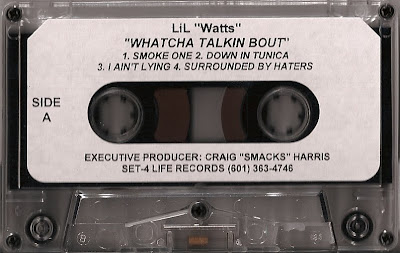 Spam comments are eating away at this blog. Does that mean it has in some way died? If so the Twankle Zombie is still going to, at the very least, upload these Street Smart internet distro clones.

Three of these tapes, so I'll start with the weakest. Not from Memphis proper, but nearby Tunica, MS, which I'm happy to say stretches the unfairly confined regional focus of this spotty blog. I've kindly spared you the 40 minutes of silence resulting from TW3 using the wrong length tape. But hey, whatever gets the package off the couch.

"Smoke One" is the highlight for me and its possible I'm easy to please in this regard. Tommy raps on the side B opener, "Robbery", listen to that one, assuming yall listen to what you download.

My parents have a beast of an internet connection. Its unfortunate that my records are in a storage space in South San Francisco, I could blaze through ripping here. And someone with more patience, more poise than myself should try to cop the Lil Tino cassette from the Ebay store and share its contents. I vote for poster Rob to take this task up.