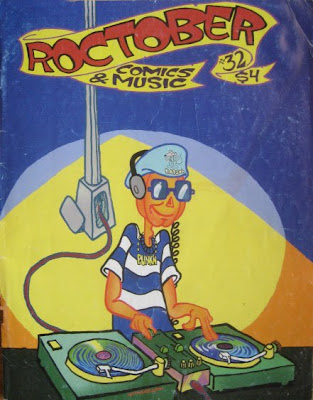 Alright, yall. From the margins of the margins, Andy Hopkin's full interview with the original Bounce Sissy, Katey Red, from Roctober zine, #32: Hip Hop [?] Issue. Relevant audio to follow in near-future post. Select articles (not this one, though) from the same issue are here for any nerd interested in a deeper plunge and an unlikely NYT article exists as well. Katey on sex change vacillation, her Whos/Whoas/& Hoes, and punk jealousy. Check it:

Leave it to New Orleans, the birthplace of everything jazzy & funky, the murder capital of the US, where booty-shake Hip Hop is called Bounce, and where there has always been room for cross-dressers.

I was down in New Orleans this past spring and visited Odyssey Records, right on Canal Street. It was right before closing time and I asked the clerk to quickly show me all the best Bounce music they had. As he fanned out about 6 CDs one in particular caught my eye..the one with the green black lady on it posing as the Statue of Liberty in front of New York City. As I read the song titles, the clerk leaned in closer to me, looked me right in the eye, and in a serious whisper said, "you know that's a homosexual don't you?".

Katey Red is the first openly gay or cross-dressing rapper to ever release an album. Hip Hop is a homophobic world, where homosexuals are not only uninvited, but openly and often violently disparaged. So much so that for years rumors have circulated about who the "gay rapper" is, with fans and radio DJs alluding to the scandalous offstage behavior of certain rap superstars.

Enter Katey red, 22, standing 6'1", with short shorts and nicely curled and set hair, Katey didn't plan on being a rap superstar. She used to just do hair and rhyme with her girlfriends around the Melpomene housing projects, until one night her friends convinced a drunken Katey to grab the microphone at a block party. The rest is sissy rap history. Her spontaneous performance that night was enough to convince Take Fo' Records, New Orleans' #1 Bounce label, to sign her on as their newest act. The Melpomene Block Party EP was released and soon afterthat last year's Y2Katey: The Millenium Sissy CD.

The music is everything a block-rocking party mix should be: infectious, intense, catchy, funky, hilarious and sometimes a little scary. For a relative newcomer, Katey's sense of rhythm and phrasing is impeccable. The beats, like in most Bounce music, sample grooves that have been used in so many other songs, that its almost laughable. But while your face is laughing, I can guarantee that your ass will be shaking. The Take Fo' producers can take an old sample like say the Jackson 5ive's "ABC", and flip it, chop it, add percussion to it, syncopate it and next thing you know it's a brand new funky sound, always bubbling up and kicking it down when you least expect it. It's a perfect foil for Katey's excited call-and-response style rapping, where if you didn't catch what she said the first, you might catch it when here dancers, known as Dem Hoes, shout it back to her.

I was fortunate enough to talk to Katey on the phone for almost a hour. She has charm in her voice that even a slight stutter (when speaking, never when rapping) can't subdue. She is a mellow megalomaniac, and I believe she's soon to be the nation's favorite sissy rapper. 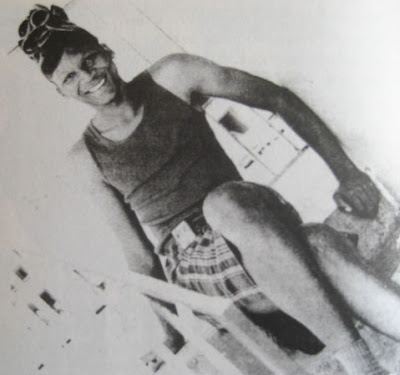 Roctober: Tell me about your new album.
Katey: My next CD is gonna be called One Thing About It by Katey Red featuring Big Freedia and KC Redd I have a song "One Thing About It". I have a marijuana song. I have a rest in peace song for a boy who got killed in the projects... he was close to me. I have about 18 new songs coming out.
What does "One Thing About It" represent?
"One thing about it" is just the slang we use, like "One thing about it, whatever happens gon' happen." People like the song because they already use that phrase.
Is it going to be another heavy Bounce record?
It's not just Bounce no more. You know what I call Bounce? Bounce and rap is different. With rap you think about the words you're gonna say and write verses and all that. A bounce song you can just do out your head. And bounce don't have no meaning, you know, as long as you're feeling the beat and making them feel the beat, that's all that matters, if you have a beat they can shake they behind on. So I have a little Bounce on there and I have rap. I don't know which level I'ma go to yet, but I know I got to make a change from just Bounce. I can't go on just like this and get to New York, go on TV and get an award.... (cont. as comment)

Yeah, you know bounce if you know Katey Redd. I don't mess with the Lord's abomination, but that song he had on K.C. Redd cd was catchy.

no homo here
but that shit jam like a muthafucka