One More 4 the Bassheads 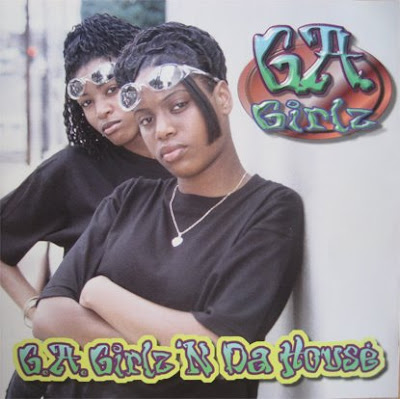 Bass is the Place! Sorry to break the vibe, this one's on disc. More tapes to come, though, I'm just tryin 2 preserve my Pause button. I hope last year's self-titled track by these two and the Crime Mob girls is part of some larger in-the-works release and I hate to say it but the Princess solo disc was weak. Anyways, I heard that Diamond got booted out the group and I'm looking more forward to her future output than the Crime Mob trio's.

Holler in the holler box if you have any interest in the second GA Girlz disc.

The link does not work.

And your blog is great by the way.

thanks, thanks, and fixed

wow this one is really great
thanks

It says I need a password for this one!

Also, the AllOnYall mixtape is hot...

thanks homes, yeah we passwordin it around here these days, "twankle&glisten"