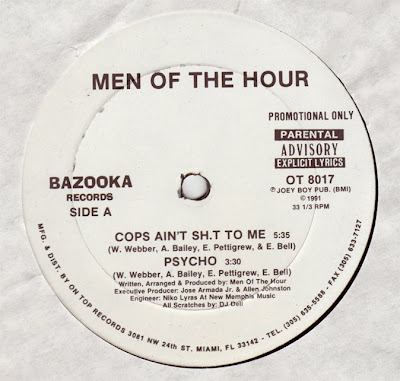 Noz already streamed this shit, but I've giving it out fully and including the instrumentals too because I really like this release and not just as a historical document but as music.

And maybe being a guitarist makes me more sympathetic to the instrument's rap inclusion. I also love the orchestra hit synth sounds in both tracks because they sound so dated but their arrangement makes it hard. A much rawer sound than the contemporary Radical T features.