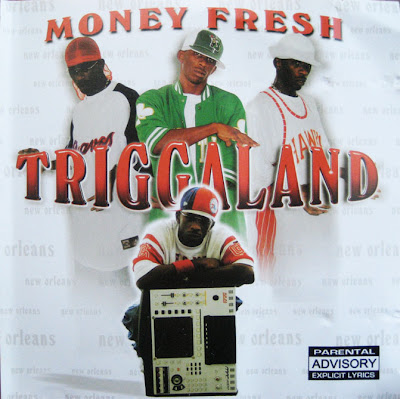 First post in this Y2K9 and what you can look forward to in this year from this blog is a bumpy start followed by non-stop onslaught. Let me bore you with the specifics: everything as of yet paged on these pages and everything as of yet computed by me on a computer was on this beast of a PC clone built in the year 1998 by my highschool friend and then rebuilt for me in the year 2000. By the time this blog got birthed, the beast took up half my apartment and fanned loud enough to keep the neighbors up. Its power source depended on a whole daisy-chain of power strips which frequently caught fire. Every upload took 6 days of Netscape Navigator waiting time, every manipulated image had to be constructed pixel by pixel in the Windows 95 version of Paint. I could only listen to audio, skipping - no doubt, in the left headphone speaker, I could only watch youtube frame by frame.

Finally, though, the Centenarian has passed. Actually, it only on-its-own near-died, time-stuck in that wild flailing and squalling of a fatally sick housecat.. and so like any good farmer I took it out back and shot it, so to speak, jabbing a flathead screwdriver through the ripped-out HD brains like I was Susan Atkins or something and bytheway, what the hell is Charles Manson doing on that Killer Mike track? His reverent sampling is like something from a Tool or White Zombie album.

Not that I have that Animal quite yet. Hoping to make that possible with 2008's tax returns. In the meantime, I've managed to hire a temporary replacement and with that machine I bring you today's offering, a sort of chilled out R&B bounce mixtape from the imagined fantasy world, Triggaland, where every stop on your FM dial is baked, fried or sauteed Triggamen, even if it at times tastes a hell of a lot like Magic's "What", Khia's "My Neck, My Back", or even Kenny Rogers "The Gambler".

Something has to be done about the snap/doit/whatever that was commin out of atlanta 05'-07'.
I want to do something to help preserve this body of music because since its all digital i think most of it is gonna dissapear real soon.
Dunno if you feel as strongly as i do about those folk but i think its gotta be collected and compiled for people to hear.
This is one you maybe haven't heard. kid was 15 at the time he produced it. i saw a video of him performing it at his highschool talent show! his website is already gone. anyways its way too fresh.

ps is toe jam still around?

I kind of agree and I kind of disagree. Because I think that BECAUSE its all digital it WILL be around a long time. It will just be buried in this totally different digital way than dusty vinyl. It already kind of is, I guess. I spent alot of time in the Summer of 06 doing bastard limewire/myspace/murederdog snap research.

I went back home to Atlanta last in 2006? and Toe Jams doors were locked and there was a fourwheeler in the lobby.

They were really listening to that Kenny Rogers remix at the block parties, back around 2002 or so... not just a novelty. That and UNLV's "Bootie Bop" were the 2 songs I heard most frequently... THUG DOUBT