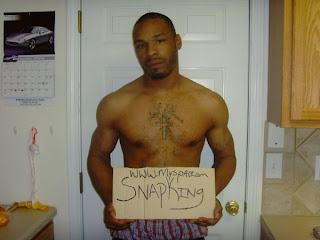 Today's offering: a survey of the music known in Atlanta as "doin it", nationally as "Snap" and in New York as the Rap That Killed Rap Dead (though if all it took was a guy like Fabo armed with an 8ball of coke and some wacky dancing, then Rap must have been half-dead anyways and D4L just assisted suicide). This is Vol. I and that means 17 new ways to say whats up and enough digitally-compressed 2-bit synth lines to send Audiophile magazine's readership to their respective doctors begging for more clozapine.

The point of connectivity is more region than style - that way there's room for Kadalack's inaugural Intimate Thug track and the GA Girlz' first single in a post-bass home of the braves.

I assembled this mix in the summer of 2006 and its interesting to see how shits panned out. Of the relative unknowns on here, Soulja Boy was the one with the weakest verses and the heaviest internet presence. If that's what it takes then MC Shakie, I look forward to hearing you at every stop light in the bay in the near future. I'm sure a fresh crop of high school clicks have budded since last time I checked, but there's a limit to how much ad revenue I'm willing to rake in for myspace and Toe Jam Records is on the other side of the world - probably still functioning as a shed for someone's four-wheeler. If that is true, I'd pay upwards of 250 for the store sign should it ever end up on Ebay.

Last year in Murderdog, K-Rab divulged his studio tricks: Step 1 - make bangin beat with Fruity Loops. Step 2 - load onto MP3 player. Step 3 - play at club. Fuck digging for Turkish Psych, I'd like to read about this in Scratch.

WASS HAPSENIN: New Rap from the trAp Vol. I


And give Yola some love - he just got his face shot out.

Who knew juking ya boy was such a melancholy procedure?