Concept, Tight as a Dreadlock 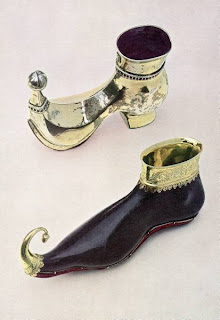 Bust Down "Putcha Bally's On"
(1991, Effect) produced by Ice Mike
G Plus or VG minus rip
I returned to this shelved record when poster Thug Doubt cited the Stop Inc., "Second Line" sample. Instead of writing any sort of comment or summary, I'm posting what Juvenile had to say about it in 2006.

A couple more cats came before me that I really liked. They had a cat named Tim Smooth. Then again, he didn’t necessarily come out before me, but he came out with a solo album before me. His solo album [Straight Up Drivin] was nice. It was nice. Bust Down, the dude that invented pussy poppin’, he came out with a record that was real big called “Putch' Ballys On,” and he had “Nasty Bitch,” and that record got him a deal with Luke Skywalker, and Luke Skywalker kinda shelved him and took the whole pussy poppin thing away from him. But there was a few cats from New Orleans that were bumpin. We had a cat named MC Spud that had a good following. I’m from the T. Tucker era, and dude came out with a sound like no other. You know, people get it mixed up because they compare bounce music to what he was doing, but what he was doing we called "Where they at." We never called that bounce music. We called it ‘Where they at," cause he was really doing "Where they at, where they at?" the whole song. When the bounce era came, "bounce for me," was really what we sayin. It was more "bounce for me, bounce for me," or "Put your boy in it."

There was a lotta cats that had to do with molding New Orleans, but out of all of them, I was the strongest, because I’m the one that lasted the longest. I came from the Master P era, the Cash Money era, and I’m still here.
Pictured left: OG 15 Century Bally's

Now one of you young whipsnaps needs to find and post a copy of the original Bil Sinigal version of "Second Line"...here's some background from Jeff Hannusch....

"Unfortunately, the master for one of the best Carnival records, Bill Sinigal's "Second Line," appears to be lost. Originally recorded in the early 1960s, this thundering Mardi Gras opus only survives on a few original 45 rpm pressings.

"The version of "Second Line" aired today is a cover. Realizing there was still a demand for the song, local recordman Senator Jones had one of his groups, Stop Inc., record the tune in 1974.

You can still get the Bill Sinigal & the Skyliners version on cheesy Mardi Gras compliations in gift shops in NOLA.

I have doubles of this Bust Down joint. Always wanted to make a battle routine with it... Was the instrumental ever pressed to wax or released?

re: instrumental... I don;t think one was ever released.
I have 3 different Effect 12"s of BustDown and I don;t think any of them have inst. cuts.

May I suggest as an alternative a remixed combination of "Nasty Bitch" with Gangsta Boo's "answer song" "Nasty Trick..." great song!